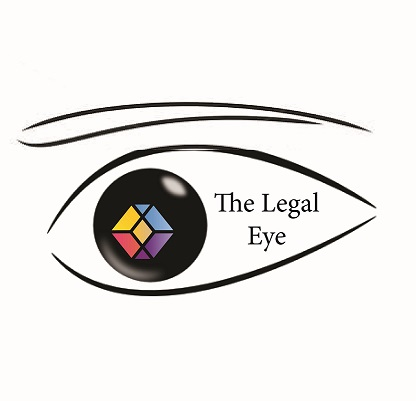 Another legislative year has come and gone with the legislature introducing 2,421 individual pieces of legislation. The PRISM Legislative Committee actively followed over 150 of these bills because of their potential impact on PRISM Programs. Of the bills that PRISM was following, 91 bills are two year bills, meaning they may resurface this next legislative session. The Governor vetoed eight of the bills PRISM was following—three of which PRISM opposed.

PRISM had a very big impact on proposed workers’ compensation legislation as there were initially several bills introduced that would have negatively impacted PRISM and its members. PRISM took an oppose position on those bills and, through lobbying and education efforts, none of the bills ended up being enacted in their original form. Two of these were vetoed by the Governor. Moreover, none were enacted that could potentially have a negative impact on PRISM Programs. Please note that there were 13 workers’ compensation bills that did not make it through the legislative process this year, but those bills can be reintroduced this next legislative session.

On the workplace safety front, AB 654 was an effort to amend a prior bill, AB 685, as it relates to OSHA requirements for COVID-19. PRISM’s work with the Chamber resulted in amendatory language prior to the Governor signing the bill.

PRISM took an oppose position on eight employment related bills during this legislative session. Only one of those bills ended up being signed into law. Because this was the first year of a 2-year legislative cycle, the seven bills that failed could end up being revived in 2022. Those bills include: requiring employers to provide notice to laid-off employees of available jobs (AB 84); increase in bereavement leave benefits (AB 95); expansion of leave to allow an employee to take leave to care for a “designated person” in addition to family members (AB 1041); addition of a protected class of “family responsibilities” under the Fair Employment and Housing Act (FEHA) (AB 1119); and paid backup childcare benefits (AB 1179)

SB 95 is the only employment-related bill that was opposed by PRISM and signed into law. The bill mandates that employers provide up to 80 hours of paid sick leave per calendar year to all employees for COVID-19 related reasons and applied this retroactively to January 1, 2021.

AB 490 prohibits law enforcement agencies from authorizing techniques or transport methods that involve a substantial risk of positional asphyxia. In opposing this bill, we suggested that the specific techniques that are barred should be listed in the legislation so that it is clear what cannot be done. Unfortunately, that change was not made so the bill is still somewhat ambiguous which could lead to liability issues in the future.

AB 1455 extends the statute of limitations for claims of sexual assault by a law enforcement officer and also revives old claims that have not been litigated to finality or compromised be an executed written settlement agreement. The bill also exempts claims arising out of an alleged sexual assault by a law enforcement officer from all state and local government claim presentation requirements. The obvious impact of this bill is that it will likely result in a number of claims being brought forward against public agencies that were previously barred due to the statute of limitations.

AB 27 requires local educational agencies (LEA) to ensure that each of its schools has identified all homeless children and unaccompanied youths enrolled at the school. Each LEA will have to annually administer a housing questionnaire for purposes of identifying the homeless student population and the questionnaire has to explain the rights and protections a pupil has as a homeless child or unaccompanied youth. This bill places additional responsibilities on school districts to gather information and provide notification to homeless students.

SB 447 is a spectacularly bad bill as it will allow a decedent’s personal representative or successor in interest to recover damages for the decedent’s pain, suffering, or disfigurement, if the action is granted a specified preference before January 1, 2022, or is filed between January 1, 2022 and January 1, 2026. Previously, decedent’s could not recover for these things so this will undoubtedly result in increased settlement demands from Plaintiffs’ attorneys and increased jury awards in wrongful death cases.

Starting on July 1, 2022, SB 270 will allow an exclusive representative to file an unfair labor practice change, if specified conditions are met, if a public employer fails to provide certain labor representatives with the names and home addresses of newly hired employees, as well as their job titles, departments, work locations, telephone numbers, and personal email addresses within 30 days of hire or by the first pay period of the month following hire. An unfair labor practice charge can also be filed if the public employer fails to provide this information for all employees in a bargaining unit at least every 120 days. The bill also allows PERB to issue a penalty not to exceed $10,000 for each violation and award attorneys’ fees to the union for bringing the claim.

SB 606 is a safety-related bill that creates a rebuttable presumption that a violation committed by an employer with multiple worksites is enterprise-wide if the employer has a written policy or procedure that violates the Cal OSHA safety provisions, or there is evidence of a pattern or practice of the same violation committed by the employer involving more than one worksite. In addition, each instance of an employee exposed to a violation is to be considered a separate violation for purposes of the issuance of fines and penalties.

That’s all for 2021! Please feel free to reach out to PRISM’s Chief Legal Counsel, Mike Pott, or Director of Workers’ Compensation, Jen Hamelin, should you have any questions regarding legislation or the legislative process.